Kathleen attended the Multi-Stakeholder Hearing as part of the Beijing+25 consultation: 'Accelerating the realization of gender equality and the empowerment of all women and girls' as a WAGGGS Advocacy Champion Delegate on 21 July 2020.

Here, she talks about her experiences at the event and about why it's important for girls to speak out about inequalities. 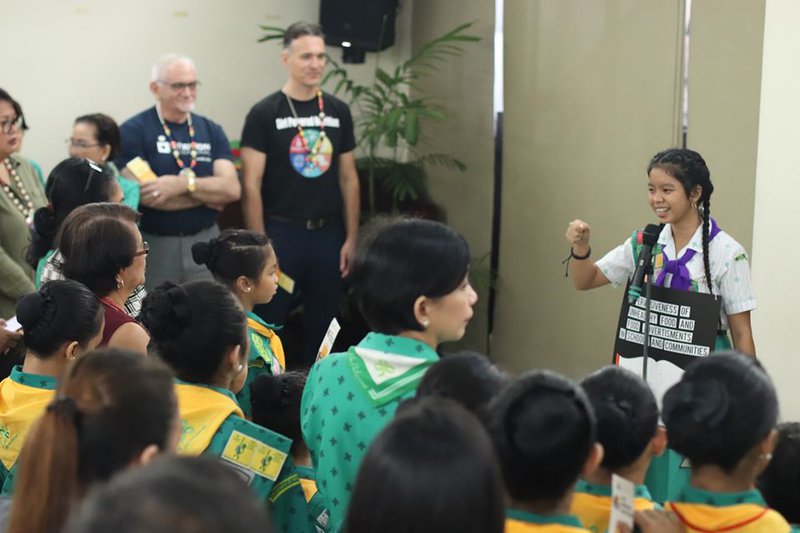 I’d like to believe that culture is not limited to the practices and beliefs of groups of people. If something is carried out for generations to generations, if it becomes a part of everyday life, is it then considered a part of our culture?

As the world faces the challenges brought by COVID 19, the pre-existing inequalities exacerbated and exposed themselves for the world to see. One of these is gender inequality, particularly sexual and gender-based violence. For centuries, women have suffered from rape, harassment, and abuse.

In one documentary entitled War Against Women (2013), Jane from the Democratic Republic of Congo shared her experience during the Congo War, one of the many stories of sufferings women experience for being women:

“They would come and go and left me tied up. When I was tied up, they pushed sticks into my vagina and threw water on me. I was bleeding and they did not even look at me.”

It is beyond me how these perpetrators can live with their vile actions towards women when they have their mothers, wives, and daughters who could be put in the very same spot. Despite many efforts, no country has yet succeeded in eliminating the inequalities women experience in society.

Moreover, as the current lockdown ensues, there is a higher risk of girls and women experiencing abuse in the confinement of their homes. During these trying times as well, some girls resort to selling private photos to the internet to help their families save up. There has also been an increase in the selling of pornographic videos of children as young as seven years old. 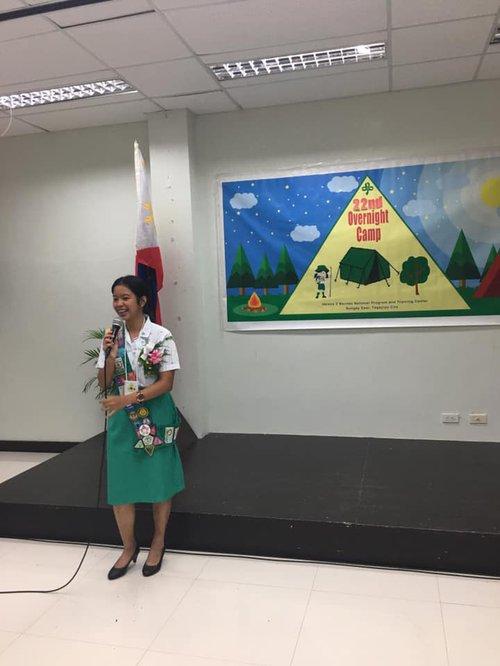 As one of the Global Advocacy Champions of World Association of Girl Guides and Girl Scouts (WAGGGS), I was able to attend the Multi-stakeholder Hearing for the Beijing Declaration and Platform for Action or Beijing+25. This year it was held online.

It is the most comprehensive global platform for the achievement of gender equality and the empowerment of women and young girls. It has been a great chance for me to learn more about the agenda and hear the insights of global leaders on, possibly, the most controversial issue. I believe that having young women like me attend such events is very crucial as it is us who are much prone to violence.

Many panellists and world leaders shared different strategies and practices which they believe can help alleviate and fight gender inequality. These include: ensuring women’s participation in policy and decision making, recognizing the roles of education in transforming gender stereotypes and providing financial support to women in business.

Honourable Prime Minister of Education David Moinina Sengeh from Sierra Leone talked about how sexual and gender violence often requires two different genders and that most of the time, males are the reasons for violence. He emphasized the male engagement strategy where young men are taught what is right and therefore improved, to be better fathers and role models in society.

Restoring my faith in humanity

Hearing such dedication from a world leader, and not to mention a man, restored my faith in humanity. I am thankful for this experience as it taught me one of the important things we must all hold on to dear life: hope. And I am hoping that as the world leaders try their best to put a stop to the pandemic, they also address the reality that the virus is not the only thing that’s prevalent today.

The violence among women and young girls has been prevalent for quite some time already; it’s almost a part of our culture. There is an occurrence happening in every part of the world which give its victim's scars that last forever. There is now a mark that's etched so deep in our society it’s almost impossible to remove it.