I’m Valentina, one of the WAGGGS communications volunteers at Roverway 2018. In this blog, I want to tell you more about this amazing experience.

It’s almost a week since Roverway started and we have all been having so much fun. Even though we are starting to feel tired as the days pass by, we are keeping all of our enthusiasm to try and make the most of this experience for Rangers and Rovers.

While the participants were enjoying the paths, we were at Zeewolde preparing everything for the main camp. This has been challenging but at the same time really rewarding. I have been able to work with people from all over the world and defeat my own fears. I really appreciate how Roverway and WAGGGS have given me the opportunity to be involved in different tasks such as being in charge of Europe Region social media and helping Scouting Nederland with different tasks.

After five days of fun, sharing experiences with other volunteers and setting up everything, Rangers and Rovers arrived at Zeewolde on Saturday to continue with Roverway 2018. Immediately, we could feel how the main camp was full of laughter, songs and fun. I could tell they were tired but also very excited about the new adventures to come. As soon as they arrived and set up their tents, people were running to hug their friends, exploring the site or relaxing next to the Swiss cafe while drinking ice coffee.

Walking around the main camp, I met some Italian participants sitting under the shadow of one of the tarps to skip the heat. The sun has been shining a lot here, so a little rest under the tents, drinking a lot of water, or jumping into the lake is always a good idea.

I bumped into three girls from Luxembourg who were really excited to arrive at Zeewolde after a few days exploring Germany on their path. Jerry, Lynn and Léini said that they had a lot of fun getting to know people from France, Portugal and Belgium. Now they were really enthusiastic and looking forward to making new friends at the main camp. 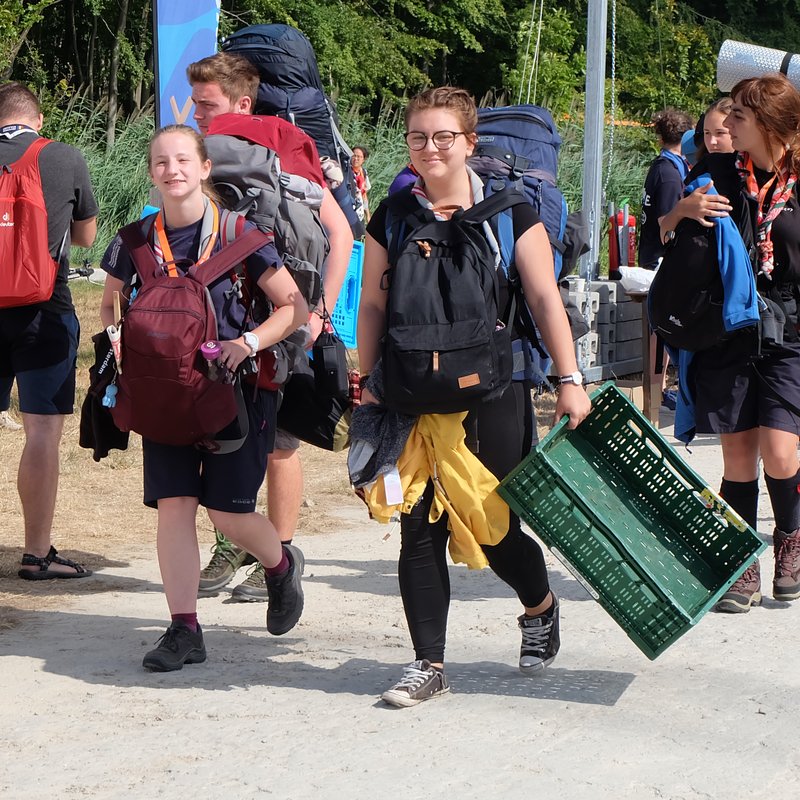 Hanging around the German food house, I met 16 year old Rachel from GirlGuiding New Zealand. She was really excited to be in Europe for the first time and to have this big opportunity to be part of Roverway. Rachel was brave and decided to come by herself to Roverway. With no other people from New Zealand here, she joined Girl Guides Australia and traveled with them all the way from Melbourne.

Before sunset, me and the other WAGGGS volunteers put on our navy hoodies and joined the 3,500 Rangers and Rovers who dressed in their colorful and beautiful contingent uniforms to start the Opening Ceremony at Zeewolde. I could hear the Spanish participants singing their national songs and see the blue and white hats from the Finnish arriving at the ceremony. Every contingent was waving their national flag from one side to the other, showing how happy they were to be at Roverway. 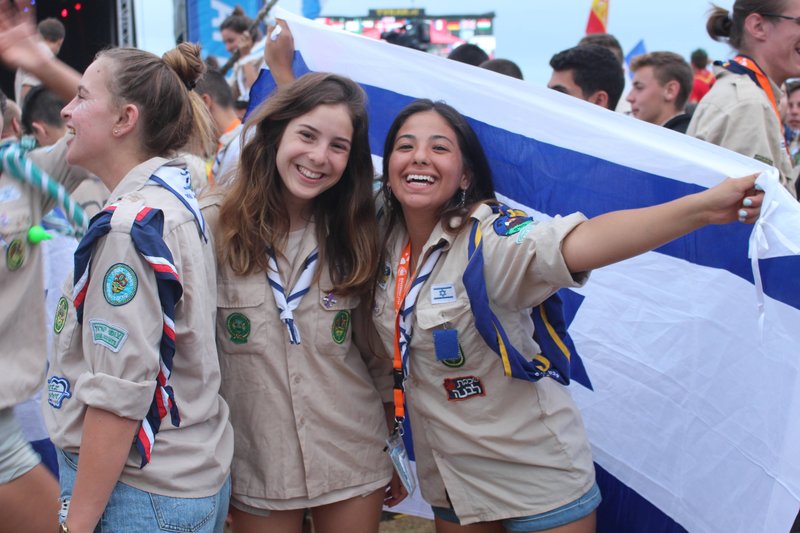 When the ceremony started, the Rover band performed again and the audience showed off their dances moves while singing the official song: ‘Leave Your Mark’. Meanwhile, I was trying to get my arms as steady as possible because I was going live on Facebook. It was kind of hard with the contagious enthusiasm from all the dancing Rangers and Rovers, but I managed to do my best.

Roverway is an event full of fun and unexpected activities. In the middle of the ceremony participants did a small but fun competition where they had to make different figures with their bodies. From the sky and on the screen, we could see a tulip, a typical Dutch windmill and even a boat moving. 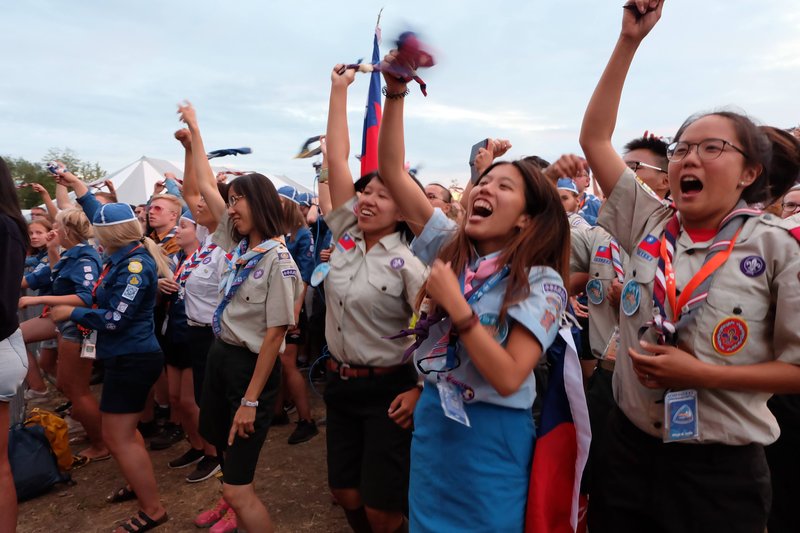 Another lovely surprise happened when we were asked to sit down, except those who had a birthday during the event. The names of 160 people appeared on the screens and the Rover Band showed up again singing “Happy Birthday” to them. It was really a unique experience to see how everybody was singing the happy birthday song in their own languages.

From there until the end of the ceremony, the Rover Band stole the show and performed many well-known songs while we jumped, danced and sang along with them spreading the Roverway spirit throughout Zeewolde. By the time the ceremony was over, I was so tired I decided to go to bed in order to have all my energy for the next day.