Since 1932 we have been providing this inter-cultural, inspirational and international experience. It builds friendships across borders and helps young women step outside of their comfort zones. This event is all about empowering participants with the leadership practices and mindsets they need to succeed.

The JLS 2022 is empowering 500 young women (aged 18 to 30) around the world with the leadership practices, global perspectives and a peer support network to take the lead in their lives and act on their values to bring positive social change to their world.

In 2022 the JLS is breaking barriers to leadership by supporting young women to broaden their perspectives, lead for impact and creating pathways for girls to be heard.

A Meteor, also known as a falling or shooting star, is an object, normally a rock or dirt that burns up when it enters the Earth’s atmosphere. Sometime the rock is big enough to be spotted by people here on Earth, and the meteor can also burn up without anyone noticing.

Meteor, Meteorite and Meteoroid are three terms that refer to the different stages in which a piece of debris travels through space and lands on Earth.

Stage 1 - When the object is in space away from the Earth, it is referred to as a Meteoroid.

Stage 2 - When it enters the Earth’s atmosphere, it becomes a Meteor.

Stage 3 - When the debris lands on Earth, it is referred to as a Meteorite.

Your JLS programme will have three phases just like the Meteor! 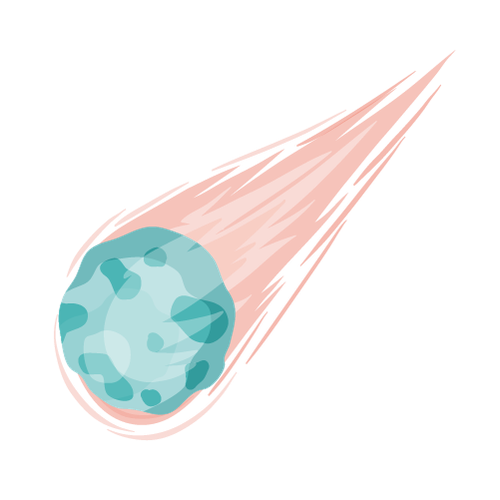 At this stage you are away from the Earth and you will start your journey to create impact on Earth. Your Meteoroid will be formed during the JLS launch party on the International Day of the Girl (October 11th) and you will continue along this Meteoroid journey until the end of November. During this time you will be doing some online courses on Campfire, meeting with your Patrol under the guidance of your mentor and doing some optional sessions to get to know others who are on the JLS journey with you. Your Meteoroid is gathering momentum.

You are now moving faster, and your Meteoroid breaks through into the Earth’s atmosphere. You are ready to participate in the JLS online – you have officially become a Meteor the moment you join your first session. You will have daily sessions from the 2nd to the 4rd of December and the 10th to the 11th of December from either 9am UTC to 2.30pm UTC or 1pm UTC and 6.30pm UTC – you can choose which time suits you best. Between the 5th and the 9th you will have some patrol meetings with your mentor, some fun optional sessions and some self-guided learning to complete. You are on fire and getting closer to reaching Planet Earth and being able to create real impact.

Boom! You have made impact with Planet Earth! It’s been quite the journey so far and it’s now 2023. It’s your time to #lead4impact in your own communities. In this stage you will implement a 100 Girls Project with at least 100 girls aged 12+ in your community. As a Meteorite, the impact you will make very much depends on the amount of energy you gathered during stage one and stage two of your journey – will you leave a lasting impact!