The Europe Region has developed partnerships at European level with the Council of Europe, the European Commission and the European Youth Forum, are members of the Social Platform and European Women's Lobby and work together with WOSM - European Region.

We have consultative status with the Council of Europe and is a member of the Advisory Council of the Youth and Sport Directorate. WAGGGS helps ensure that the Council of Europe’s work is meeting the needs of young people living in Europe today. We are also supported by the European Youth Foundation.

The European Commission recognises the contribution that WAGGGS in Europe makes to the active participation of young people in society and supports our work through the Youth in Action Programme.

WAGGGS has contributed to a number of initiatives at European level including the Youth Health Initiative organised by DG SANCO (2007-2013), the EU Forum on the Rights of the Child and the Forum on the Future of Gender equality organised by DG Justice, liberty and Security, and the development of European youth policies by the Youth Unit of DG Education and Culture. 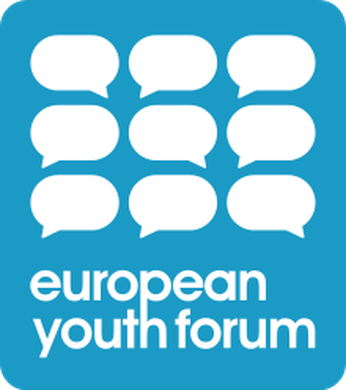 We are active in the European Youth Forum (a European platform representing national youth councils and international non-governmental youth organisations) representing the interests of young people throughout Europe. Members of the External Relations Group represent WAGGGS on the several working groups of the Youth Forum, and we contribute to the development of its policies and the implementation of its plans. Furthermore, two members of the WAGGGS External Relations group have been elected as representatives of the European Youth Forum to the Advisory council on Youth of the Council of Europe for the years 2014-2015 and 2016-2017.

The WAGGGS Europe Region is a member of the European Women’s Lobby (EWL), the largest alliance of women’s non-governmental organisations in the EU. The EWL works to advance equality between women and men as well as to ensure the mainstreaming and monitoring of a gender equality perspective in all areas of EU policy.

The Europe Region works on issues of common interest with the WOSM - European Scout Region, representing the interests of our members and aiming to influence and contribute to the issues affecting young people living in Europe today. In 2014 a Memorandum of Understanding between both Committees was signed in Brussels, Belgium. This was an historical moment, highly appreciated and celebrated by both committees and staff. This memorandum will improve our ways of working together and ensure that joint activities are effectively and efficiently delivered and responding to the real needs of Member Organisations and NSOs.