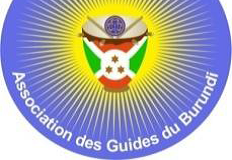 On my honour (and with the grace of God)‡; I undertake to do my best to fulfil my duties towards (God, the Church and)‡ my country, To help other people in all circumstances, And to keep the Guide Law.

I promise to be faithful to (Jesus,)‡ my parents, the Wagtail Law, and To do a good turn to someone every day.

Guiding in Burundi was started in 1954-55 by Belgian social workers as part of the Catholic Guides of Belgian Congo, Rwanda-Urundi. After the country’s independence in 1962, an Association was formed which has since grown steadily.