17 year old Najma Mohamed is a Girl Powered Nutrition Advocacy Champion in Tanzania. She joined the girl scouts movement (WAGGGS) when she was 8 years old. Encouraged by her parents, she started developing leadership skills at an early age.

She knows the vital role advocacy can play in influencing people to take decisions that will improve their lives and the lives of others. Here she explains how she put this knowledge into action with amazing results in her home city of Arusha. 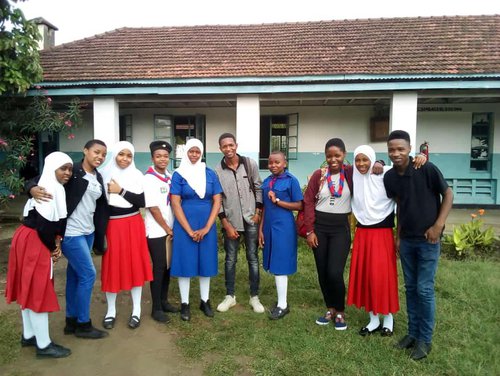 “I had my advocacy training and became a Girl Powered Nutrition Advocacy Champion. The first training was like coming from the darkness into the light. I gained so much new knowledge on nutrition. I learned how to speak publicly, advocate for my vision in interactions with senior politicians and build communities. This training truly transformed me. When I came back to Arusha I thought about all the opportunities there might be to start using my advocacy knowledge and skills.”

Najma’s first thoughts were to establish Students Forum for Change, a small club for her peers to discuss nutrition challenges. Through it, she organised fierce debates to argue for necessary changes in nutrition policies. After successfully convincing the headmistress of her school, she was granted permission to organise nutrition talks for the entire school every week, and even travel to other schools to debate and discuss nutrition. 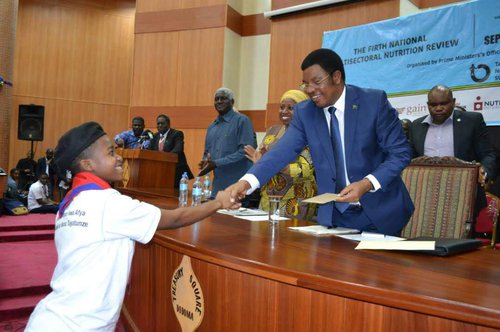 One of the most important events in Najma’s life was when on behalf of the girl scouts, she had a chance to address the Prime Minister of Tanzania. Prior to the meeting, the girls developed a list of statements and policy asks. They included establishing nutrition as a stand-alone subject in the school curriculum, as well as introducing complimentary meals in every school.

“Many students have to commute between school and home for a long time without food. Some of us come to school without having eaten anything the previous night. It’s impossible to concentrate on learning when you are hungry and malnourished,” said Najma.

The impact of Girl Powered Nutrition 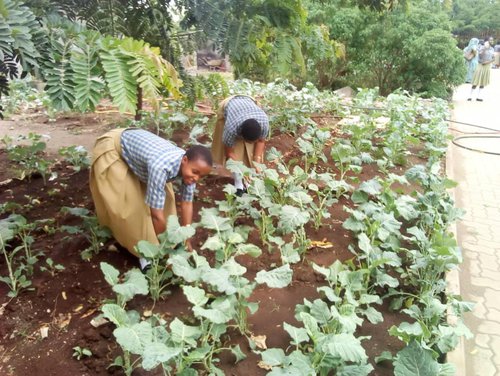 Seeing that need, Najma soon began setting up vegetable gardens in the schools in Arusha District Council area to make teachers and schools aware of the importance of girls’ nutrition and provide a good source of nutritious rich food. It only took a short time before her fellow students and teachers noticed and started to also get involved.

“I thought that if the children at these schools could get school meals that would make a big difference, but I knew this would be a big change and I couldn’t do this alone, so I decided to take my idea to Mr. Atuli Mittaal, the Managing Director and Owner of Meru Hotel in Arusha.”

“When I met him I talked to him about the sufferings girls undergo during their menstruation if they lack iron and minerals and if they are hungry and how this could affect their growth and reproduction. I then asked for his support on providing meals to schools in Arusha District Council.”

She convinced Atuli that funding meals for adolescents is a great investment in the future. Najma’s championing of girls’ nutrition means that meals are currently being provided in 45 schools with the support of Mr. Atuli Mittaal, local businessman and philanthropist, meaning that all students can enjoy nutritious vegetables in the region.

In late 2019, as a recognized activist, Najma was invited to be a member of the committee preparing budget for nutrition in the city of Arusha for 2020-2021. She is the youngest person in the room. The committee has been debating how to reach the most marginalised women with nutritional information. Najma had an idea:

“At first I felt intimidated being surrounded by distinguished professors and officials. I proposed to use local community centres, such as bank branches, associations and community clubs to reach marginalised women. Suddenly, I was the one, who the others listened to. I’m not intimidated anymore. I think the committee can benefit greatly from my perspective and experiences,” Najma said.

Najma has just finished school. Her grand plans don’t stop now though! They include keeping up the fight for women’s empowerment and eradicating poverty and malnutrition.

“I believe in a world full of peace, where everyone can realize their full potential. I believe we can achieve it if we stand together,” Najma said “When I was younger I wanted to be an actress. Now I want to serve the community and improve the world around me. One day I will become the prime minister of my country.”