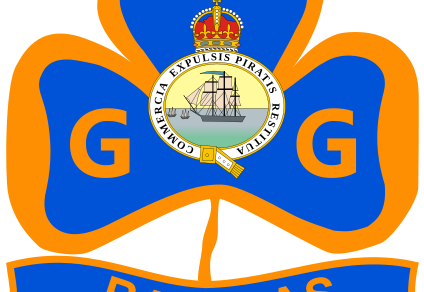 I promise that I will do my best: To do my duty to God, To serve the Queen and my country, To help other people, and To keep the Brownie Guide Law

I promise to love God and others.

Guiding was introduced to the Bahamas in 1915. In those early days there were only three companies but they played an important role in the development of girls and young women in the country.

Guiding activities continued from 1915 to 1935, but were then suspended for a time due to a lack of leaders. In 1946, Guiding was restarted in Nassau with the introduction of five units, some attached to churches and some to schools. In the same year the Association was visited by the World Chief Guide, who helped to inspire the girls and their leaders. Over the years Guiding has grown, spreading from Nassau to other islands of the Bahamas, our Family Islands.

The Association’s headquarters was opened in Nassau in 1952; it is used for training, small residential events and houses the Guide Shop. In 1968 the first Girl Guides Cookie Week was held and funds raised helped to build a permanent campsite which was opened in New Providence in 1974. Cookie Week, now Cookie Month, has become an annual fundraising event. The campsite has been the site of countless company and district camps and pack holidays, as well as two national camps and two international camps.