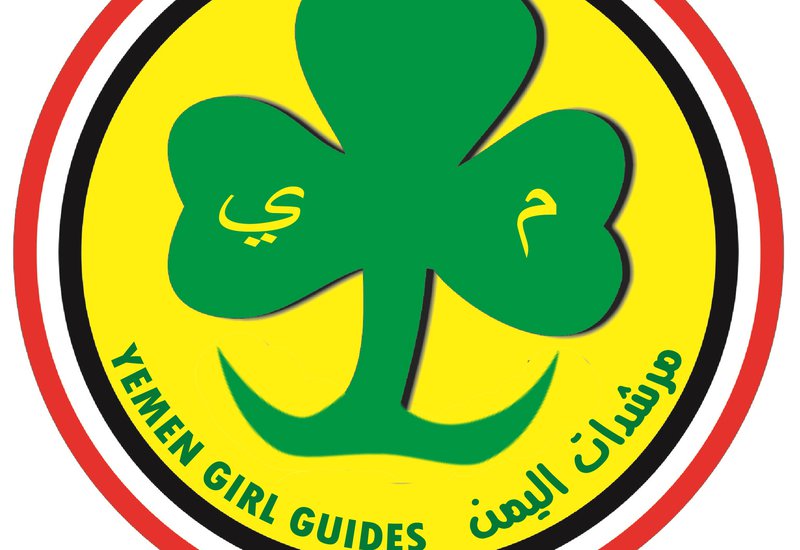 On my honour I promise to do my best: To do my duty to God then to my country, To help other people in all circumstances, To abide by the Girl Guide Law.

Girl Guiding has existed in the Yemen Republic since 1962, and in 1972 it was officially organized under one official administrative body. In 1975 the Yemen Scouts and Girl Guides Association was set up, which spread Guiding to areas of the country where it had not previously existed.

The Association became a member of the Arab Regional Group in 1980. During the next few years, trainers from the Arab Bureau helped to prepare leaders and open new companies. In 1986 Yemen successfully hosted the 10th Arab Conference which served as a platform for women leaders within the Association to demonstrate their abilities to government authorities and the public. Women demonstrated that they could hold positions of authority and carry out their responsibilities effectively. As a result the Girl Guides Association became a separate Association working independently of the Scouts.