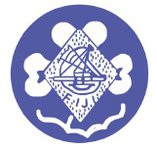 I promise that I will do my best: To do my duty to God To serve the Queen and my country, and help other people, and To keep the Guide Law.

I promise that I will do my best: To do my duty to God, To serve the Queen and my country, and help other people, and To keep the Brownie Guide Law.

The first Guide company was started in Levuka in 1924 by a Methodist missionary. In 1926 this group of Guides participated in a parade in Suva in honour of a royal visit, and as a result of this public appearance, the first Toorak Company was formed in Suva. By 1928 more companies and a Brownie pack had been established in Suva, and all companies had been registered with the Guide Association (UK). In September 1930 the Girl Guides Association of Fiji was formed.

In 1942 the activities of the growing organization were suspended when Fiji became a military base and schools were used for military purposes. At the end of the Second World War, Guiding was re-established.

Over the years, trainers and other experienced personnel from the Guide Association (UK) have visited Fiji to assist the Association in the development of its programme, and the implementation of its training strategy.

In 1980 the Guide Association (UK) signed a Deed of Transfer giving the Fiji Girl Guides Association self-government in all areas of work.