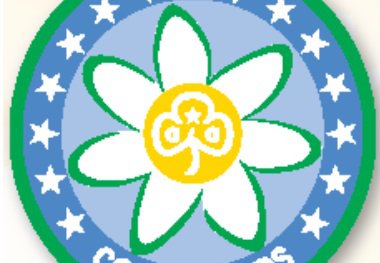 I Promise on my honour that I will do my best; To do my duty to God To serve the Queen and my country and to help other people, and To keep the Guide Law.

1928 marked the beginning of Guiding in the Cook Islands. The first Guide company opened in the capital, Avarua, on the island of Rarotonga, and the Islands were registered as a province of the Girl Guides Association New Zealand (Inc). Ranger Patrols were set up in 1935 and the first Brownie pack was registered in 1937.

The first outer island company was started in Aitutaki in 1948. The 1950s were an era of growth with the foundation of new companies both on Rarotonga and the outer islands. The Cook Islands became a Branch Association of the Girl Guides Association (New Zealand), membership increased, and leaders attended overseas training and other events. UNESCO funded a full-time trainer from 1956 to 1958. With good administration and a more active programme, Guiding became fully accepted by the

In 1986 the Association fulfilled a long-standing ambition by obtaining its own headquarters. Membership continued to grow and in 1992 a Deed of Transfer was signed making the Branch Association of the Cook Islands independent of the Girl Guides Association New Zealand (Inc).

The association became Full Member of the World Association of Girl Guides and Girl Scouts during the 35th World Conference that took place in Hong Kong in July 2014.