Sylvia and Lucy are two of our project facilitators from Ghana Girl Guides Association who are part of our global Stop The Violence campaign. They have shared highlights from the work they are doing to support girls to stand up against violence in Ghana.

Talking about the STV campaign in schools and communities

We have rolled out the campaign in schools, which has allowed girls to go out into their own communities to speak about the negative impact of violent behaviour used against women and the different kinds of harm it causes. We have also been discussing the possibility of running guiding activities with schools that don’t offer Girl Guiding. 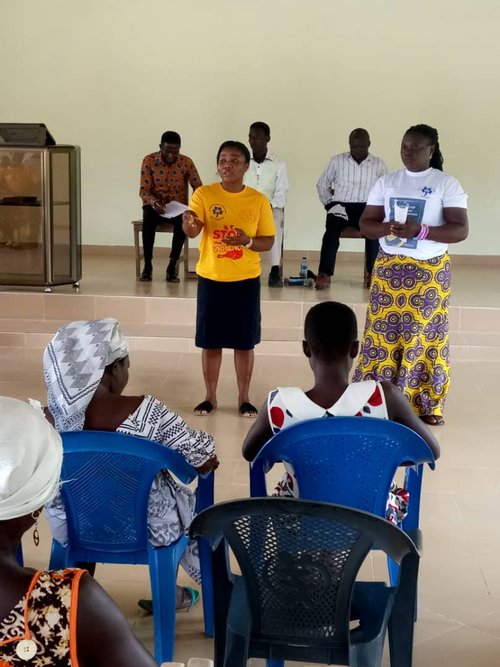 Supporting people to find the courage to speak out about violence

People are afraid of how others will see them if they speak out to say that they’ve been violated. Because most children are afraid of getting beaten by carers or parents, they will stay quiet. In the media and in the community girls are often seen as ‘bad’ for speaking out.

Most of the girls effected by violence have been violated by a relative or a friend. They think it is normal and are not sure who to tell in schools and in community settings. We are helping people to find existing support structures to report violence.

We are educating people about different forms of violence so that they can understand that violence comes in many forms and is not just rape, which is a common misconception in Ghana. There are many forms of violence that people should not have to entertain, including being harassed emotionally and being bullied.

Including boys and men when speaking about the issue 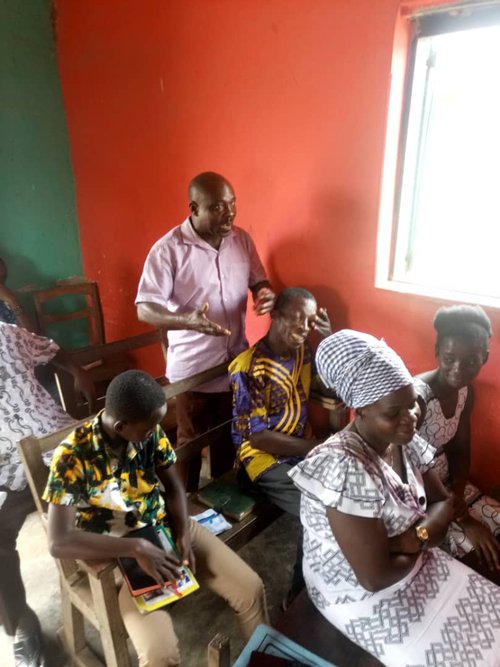 Sometimes when we’re in the community we interact with both boys and girls in the churches and schools. It is good to have men and boys around when we are having discussion groups.

We need to educate parents as well as Girl Guides. By talking about this issue in communities we have also seen boys and men join in the discussions.

Encouraging others to stand up against street harassment

Street harassment can begin when men start to call you and if you don’t turn around they will start to insult you. At night you may find boys in neighbourhoods approaching you if you are walking with another man. In this case, if the man tries to intervene they may attack him physically. The people in the neighbourhood don’t want to get involved because they are scared to get involved.

It is up to us to educate the community that you don’t have to stand by and watch, you have to take action and do something by speaking out in order to defend yourself.

Reaching out nationally to tackle violence

Moving forward we have a plan for national action. Our plan is to split the region and identify the key types of violence that are prevalent in specific areas. We plan to share information about who to contact if you are experiencing a certain kind of violence in each area.

The true power of our work is supporting girls to speak out so that we can build a movement. There are a lot of small NGO’s working to make a difference and we should be able to join forces and make real change in our country.

MO’s are targeting the government with lobbying in order to encompass law reform and to criminalise the issue of street violence.

A call to ban unhealthy food and drinks

Reflections on 2019 and looking ahead!