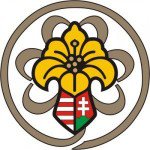 The first Guide group in Hungary was set up in 1919. The National Association of Hungarian Girl Guides was founded in 1921 and recognized as a member of the International Council, the forerunner of WAGGGS, in 1922. In 1928, the Hungarian Girl Guides Association acted as hostess to the Fifth International Conference of Guiding when the World Association of Girl Guides and Girl Scouts was founded. In 1939, the first Girl Guide/Girl Scout World Camp, Pax Ting, was held in Hungary and attended by some 4,000 Guides from around the world.

During the war years of 1939 to 1945 the Movement was involved in relief work in hospitals and helping refugees. With the siege of the capital, the Association’s activities were suspended. Guiding activities resumed after the war, but in 1948 the government banned all youth organizations and the Association was forced to cease functioning for the next 40 years.

The first attempts to reorganize the Movement started in 1988 as a response to political change in Hungary. In 1989 Magyar Cserkészleány Szövetség (the Association of Hungarian Girl Guides) was re-launched. A Central Committee concentrated on training potential leaders. In 1996, there were twenty troops, mostly working in schools.