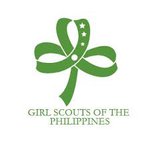 On my honour, I will do my duty To God and my country, To help other people at all times, and To live by the Girl Scout Law.

My special responsibility as a Senior Girl Scout is to render service by taking the Promise out into a wider world.

I promise to do my best To love God and my country, To help other people every day, Especially those at home.

I love God, my country and people around me.

A Twinkler is cheerful, kind and helpful.

The first national Girl Scouts' rally and the first leaders' training conference were held in 1941, and during the Second World War, although the Association suspended its activities, Girl Scout leaders committed themselves to serve the victims and prisoners of war. After the war, the leaders set about rebuilding the Association and received much public support.

The National Council Convention, held every three years, is the Association's highest consultative and deliberative body which serves as a forum for guidelines, policies and directions. It is represented by the 37 members of the Central Board, Charter/Life members, Council Presidents and delegates elected from each Council as their duly designated representatives as may be prescribed by the Central Board. The Central Board is the highest policy-making body that meets semi-annually. The National Officers and Chairpersons of Standing Committees make up the Executive Committee which is responsible for governing the affairs of the organisation together with the professional staff.