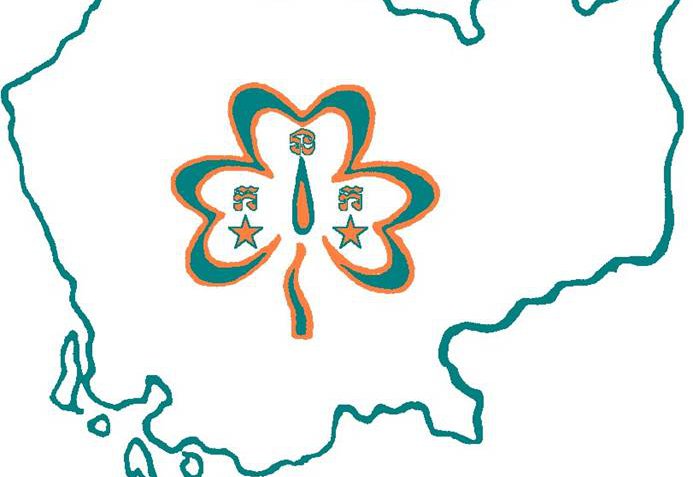 On my honour, I promise to do my best: To do my duty to my country, my religion and my King; To help other people at all times; and obey the Girl Guide Law.

On my honour, I promise to love my country, my religion and my King, To do good turn every day And to obey the Girl Guide Law

Girl Guiding was introduced to Cambodia before 1953, during the French Protectorate, but was banned during the Independence, Khymer Republic and Vietnamese Occupation.

After the Paris Peace Agreement in 1991, WAGGGS, through former Guides from Europe and the Asia Pacific Region, proposed to revive the Movement. In 1996, Mrs. Leang Meng Ho, the Director of the Cambodian Institute of Human Rights (and a former Cambodian Girl Guide of France) took the lead and re-initiated the Movement with a group of 16 university students. With the assistance of a French volunteer, the Development Executive for the Asia Pacific Region and trainers from the Philippines and Thailand, these founders were able to gain skills in leadership and management of troops.

In 1998 the first National Executive Committee was formed, with the responsibility to maintain the Fundamental Principles of the Girl Guiding Movement, furthering the advancement of Guiding in the country and running the Association according to its Constitution.

In 1999, Her Majesty Queen Norodom Monineat Sihanouk of Cambodia became Patron of the GGAC.

Since 1991, GGAC members have participated in international camps and trainings and attended the Asia Pacific Regional and the 31st World Conference in Manila where they became Associate Members of WAGGGS.

GGAC was accepted as Full Member of WAGGGS in 2011.