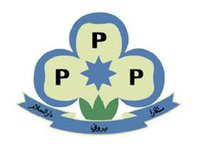 I promise that I will do my best: To do my duty to Allah, To serve His Majesty the Sultan and Yang Dipertuan Negara Brunei Darussalam, And help other people, and To keep the Guide Law.

I promise I will do my best: To do my duty to Allah, To serve His Majesty the Sultan and Yang Dipertuan Negara Brunei Darussalam, And help other people, and To keep the Brownie Guide Law.

The Girl Guide Movement started in Brunei Darussalam in 1951 as a branch of the Guide Association (UK), but for the first three years the activity was confined to only the Belait District. In 1954, the first Guide company was formed in the Capital, Brunei Town which is in the Brunei Muara District, and from then on new Guide companies and Brownie packs were formed, and the Movement grew from strength to strength. By 1960 a total of 17 Guide companies and six Brownie packs had been established.

In December 1962, a rebellion broke out in Brunei, and from then on almost all Guiding activities stopped. In 1964, Her Highness Pengiran Anak Puteri (Princess) Noor Ehsani consented to become the State Commissioner, and following a visit by a trainer from the United Kingdom, the Movement began to be active again. In 1966 the Government created the post of Organizing Commissioner in the State Education Department, whose function was to organize Guide companies and Brownie packs in schools, which further helped in promoting Guiding in the country. By 1972, 14 new Guide companies and nine new Brownie packs had been formed.

When the Association's President resigned in 1972, the Association almost ground to a halt. Membership dropped and companies and packs closed down. In September 1983, Her Royal Highness Paduka Seri Pengiran Anak Puteri (Princess) Masna consented to become the President. She instigated new activities and programmes which began to revitalize Guiding. A major campaign for membership was launched which was very successful. By 1986, seven new companies and 13 packs were formed, whilst the others began to be active again.