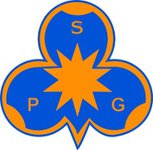 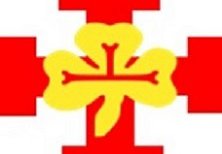 Girl Guiding/Girl Scouting in Suriname is carried out under the auspices of Surinaamse Padvindsters Raad (Council of the Suriname Girl Scouts), which was formed in 1968 as the co-ordinating body of the two existing Associations in Suriname: Het Surinaamse Padvindsters Gilde (Surinam Association of Girl Scouts) and Gidsen Suriname (Catholic Guide Movement of Suriname). The Liaison Committee is responsible for dealing with matters which are common to both.

Het Surinaamse Padvindsters Gilde was set up in the capital, Paramaribo, in 1947 by the Nederlandse Padvinsters Gilde (an Association from the Netherlands) and subsequently spread to other areas of the country.

In 1954, Suriname became an independent part of the Netherlands and both organizations became self-governing in all areas of work. The country became politically independent in 1975.