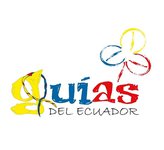 I promise, on my honour, to do my best: To fulfil my duties to God and my country, To help other people at all times, and To obey the Girl Scout Law.

I promise to do my best to do my duty to God and my country, to help everyone especially those at home.