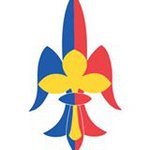 In conformity with this Law I amend as follows, for myself and my group.

Scouting in Liechtenstein began in Schaan in 1931 and Guiding started in Vaduz in 1932. A first-aid group for Scouts and Guides was founded in 1973.

The Guides and Scouts have had their own shop since 1976 and in 1979 they started publishing a bi-monthly magazine for leaders, which is called Knoten.

Co-operation between the Scout and the Guide Associations has increased since 1981 when joint activities were organised to celebrate the 50th anniversary of the Scout Movement in Liechtenstein. In 1989 the two Associations merged and its official name is now Pfadfinder und Pfadfinderinnen Liechtensteins. HSH Prince Nikolaus of Liechtenstein and his sister, HSH Princess Nora, are honorary members of the Movement.

Among the main events in the scouting year are the annual summer camps, winter camps and various activities for all branches at national level.