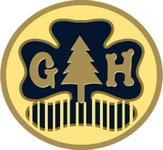 I promise to do everything possible to love God and my country, to help others, especially those at home.

Guiding in Honduras began in 1953 when the trainer/adviser for the Western Hemisphere gathered together a group of girls and women and told them about Girl Guiding/Girl Scouting and WAGGGS. She set up a committee which worked on the organization of the Asociación Nacional de Muchachas Guías de Honduras. The first National Executive Committee was established in 1958, at a time when a number of Brownie packs and Guide companies already existed.

In 1964, an office was obtained on the ground floor of the Archbishop’s Palace in Tegucigalpa, which was used as a meeting place for members. By 1968, with the help of a member of the Peace Corps and periodic visits from the Western Hemisphere trainer/adviser, Guiding had spread to other towns both north and south of the capital.

The first National Assembly was held in 1972, and in the same year the Association obtained legal status.