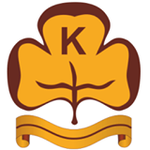 I promise on my honour that I will do my best: To do my duty to God and Cyprus, To help other people always, To obey the Guide Law.

I promise to do my best: To do my duty to God and Cyprus; To help other people always and bring happiness at home

Although Lone Guides are known to have existed on the island since 1912, written records of Guide companies functioning as a branch of the UK Guides Association appear from 1930. In 1960 the Cyprus Republic was proclaimed and the Girl Guides Association of Cyprus was officially established. The Association admits to membership those persons who voluntarily enrol, irrespective of creed, colour, race or nationality, and without any distinction whatsoever, provided they adopt the principles of the Association. In 1974 the Association was awarded the Walter Donald Ross Certificate of Merit for outstanding service rendered to the refugees of Cyprus.

In 1989 the Association hosted the 6th European Scouts and Guides Conference, in co-operation with the Cyprus Scouts Association.

During the last decade, rapid social and other changes occurred in Cyprus. The Girl Guides Association of Cyprus, taking into serious consideration the successive changes and the role it has to play in the development of girls and young women in Cyprus, created a committee which consists of members of the Association holding key positions. These members co-operate with professionals and other experts when needed. They study the situation in depth and send in their recommendations regarding the formation of the programme so that it applies to the needs of the girls and young women of today.