In 1926, delegates at the 4th World Conference agreed that 22 February would be known as a special day for Girl Guides and Girl Scouts all over the world.

In 1926, Girl Guide and Girl Scout delegates from around the globe met in the USA for the 4th World Conference. Among other decisions, they agreed that there should be a special annual day when Girl Guides and Girl Scouts around the world think of each other and express their thanks and appreciation for our international Movement. This was called Thinking Day. The delegates chose 22 February as the date for Thinking Day because it was the birthday of both Lord Baden-Powell, founder of the Boy Scout Movement, and Olave Baden-Powell, who was World Chief Guide.

Six years later in 1932, the 7th World Conference was taking place in Bucze, Poland, when a Belgian delegate pointed out that a birthday usually involves gifts, and so girls could show their appreciation on Thinking Day by offering gifts to our international Movement by fundraising or making a donation.

Olave Baden-Powell wrote a letter to all Girl Guides and Girl Scouts later that year to tell them about this idea and to ask them to spare a penny to help support Girl Guiding and Girl Scouting around the world.

Much later in 1999, at the 30th World Conference in Dublin, Ireland, delegates from around the world decided to change the name of the day from Thinking Day to World Thinking Day, to better emphasise the international aspects of the day.

The impact of the World Thinking Day Fund

Click to read how the World Thinking Day Fund was used to support girls and young women around the world in 2021: 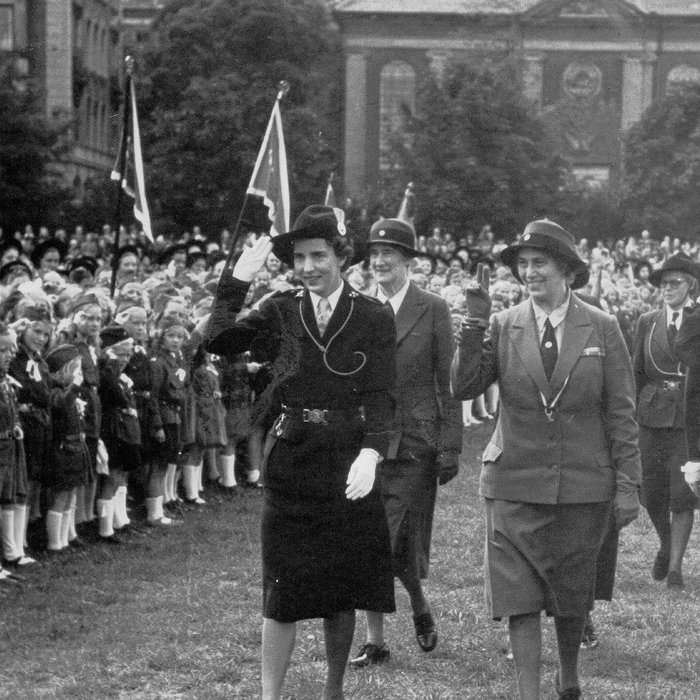 Though you cannot visit sister Guides in France or Finland, in Austria or Australia, in Italy or Iceland, Canada or Chile, Ghana or Guatemala, USA, or U.A.R., you can reach out to them there in your MIND. And in this unseen, spiritual way you can give them your uplifting sympathy and friendship. Thus do we Guides, of all kinds and of all ages and of all nations, go with the highest and the best towards the spreading of true peace and goodwill on earth.

The impact of World Thinking Day 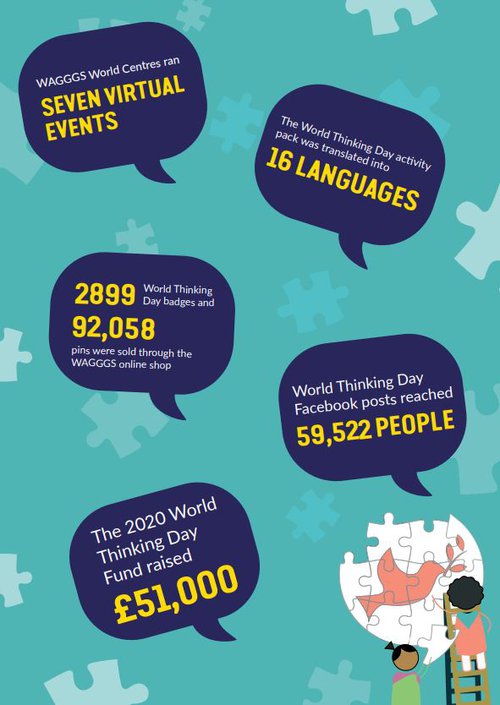 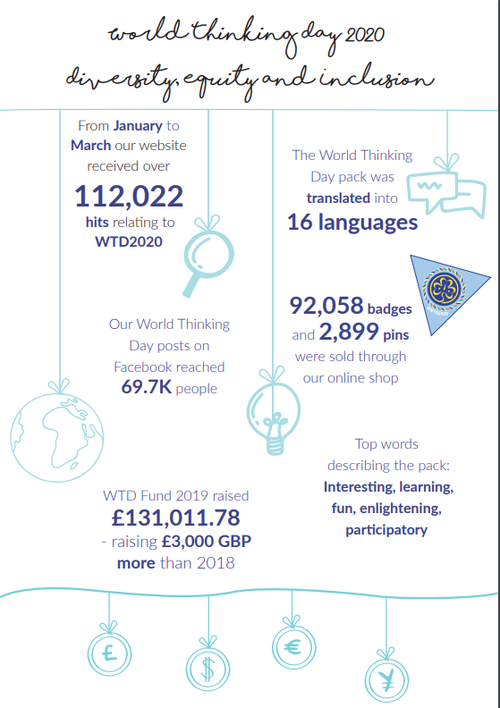 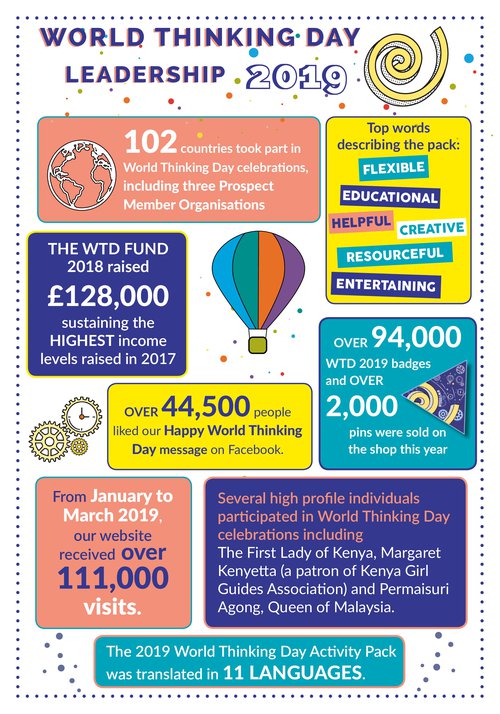 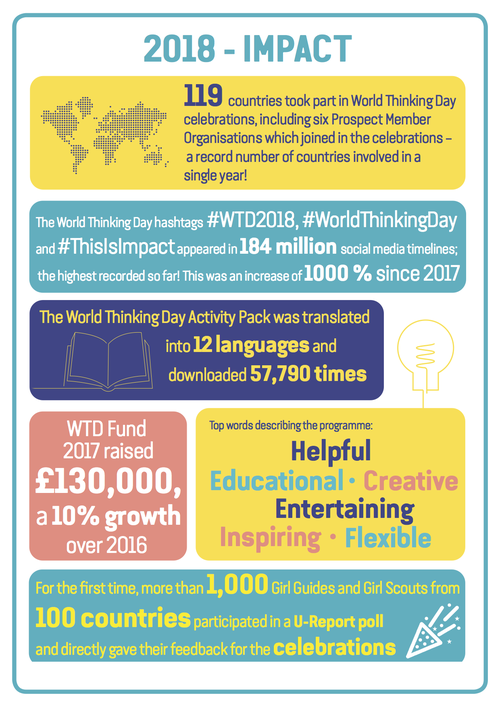 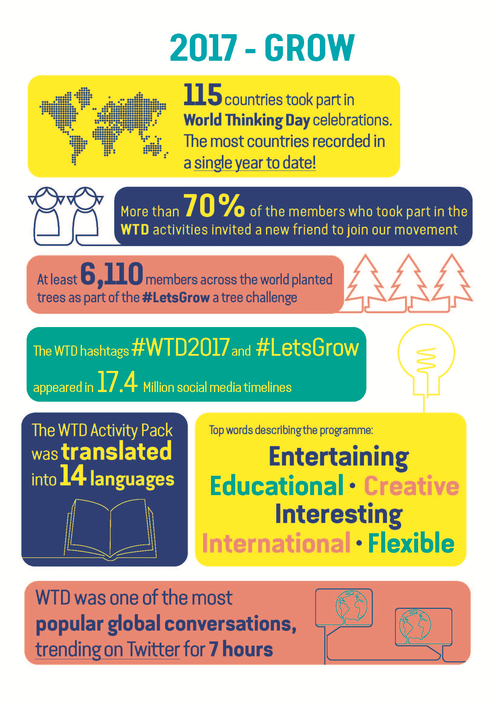 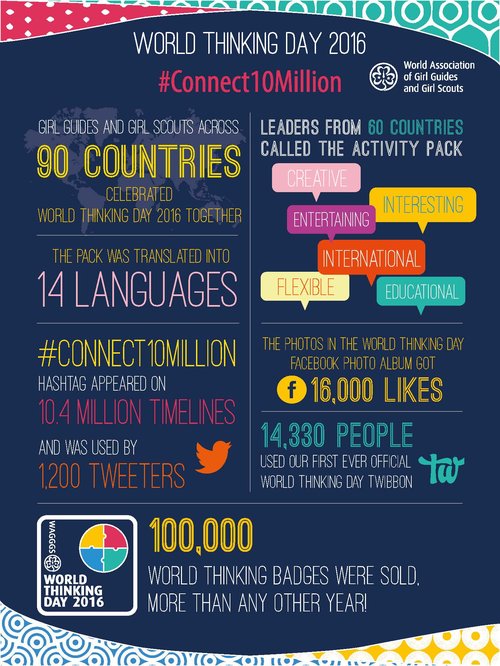