A NUMBER of former Girl Guides from across the UK have been recognised in Her Majesty Queen Elizabeth II’s New Year’s Honours list, for their work to support girls and young women across the world.

The Queen’s New Year’s Honours list recognises the achievements and service of extraordinary people across the United Kingdom.

The World Association of Girl Guides and Girl Scouts (WAGGGS) is proud to see a number of women from the Movement celebrated.

Recipients include Alison Spurway, former Olave Baden-Powell Society Board Member and Vice President of Girlguiding Glasgow, who was named an Officer of the Order of the British Empire (OBE) by Her Majesty The Queen in honour of her inspirational efforts.

Alison has been part of Girl Guiding in Scotland since 1953. She’s played an active role in the Movement, as a Girl Guide, leader and supporter of the Olave Baden-Powell Society (OB-PS). 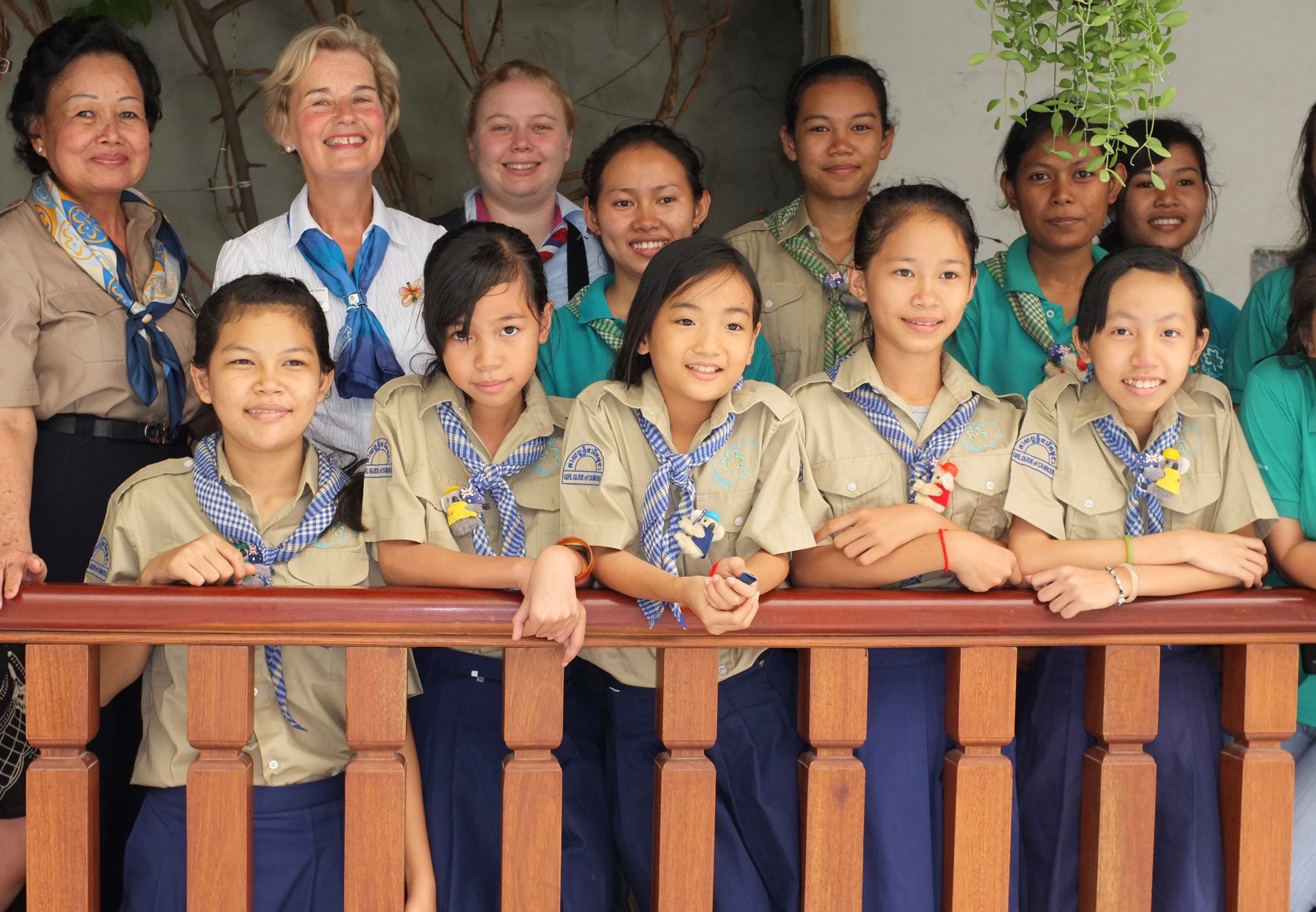 She has supported numerous initiatives, including WAGGGS’ Stop the Violence Campaign, after she witnessed first-hand the inspiring work of the Girl Guide Association in Cambodia. She was so moved by their work to stop the violence she welcomed the Cambodian contingent into her Edinburgh home, following the 2011 World Conference. She’s also contributed to the OB-PS Anne Scott Fund, which provides girls with the opportunity to take part in WAGGGS’ international events or programmes.


During her Girlguiding time,  she has been a member of the team running a series of Challenger Camps for girls from all over Scotland with disabilities and she’s also supported guiding internationally, travelling to India, Tanzania and Cambodia to meet girls and young women there and find out about the impact guiding has had on their lives.

On hearing of her OBE, Alison said: “I’m extremely proud to receive this award. It came as a huge surprise and I was so touched.

“Volunteering is such a rewarding experience and it’s been wonderful to work with so many young women and girls over the years and see the difference guiding makes to their lives.

“I’m proud to be part of an organisation that offers all girls a safe space to enjoy new experiences, explore their beliefs, use their voice and be a powerful force for good.

“I’ve seen the huge impact this can have, not just for girls in Glasgow and Scotland, but for girls and young women around the world. It really is life-changing.”

Together with Alison, a number of other inspirational women from the Movement have been recognised as part of The Queen’s New Year’s Honours List, including: Christine Wicks from London (MBE); Ann Malling from Somerset (British Empire Medal); Margaret Shaw from Huddersfield (British Empire Medal); Gillian Smith from Suffolk (MBE); as well as Susan Aglionby from Carlisle (OBE) and Patricia Levitt from Barnsley (MBE).

According to Nicola Grinstead, Chair of the World Association of Girl Guides and Girl Scouts:

“It is wonderful to see Alison Spurway, together with other inspirational women from our Movement, recognised for the superb way in which they support girls and young women from across the world.

“On behalf of the World Association of Girl Guides and Girl Scouts, I’d like to extend my congratulations and say thank you to all of the volunteers who continue to support our work, so we can ensure girls and young women around the world are able to reach their full potential.”

Fund for solutions to pandemic impacts