Valentine believes that commitment is everything and that true leadership means leading by example. As a Girl Guide, she fights for better nutrition and the empowerment of adolescent girls and women. 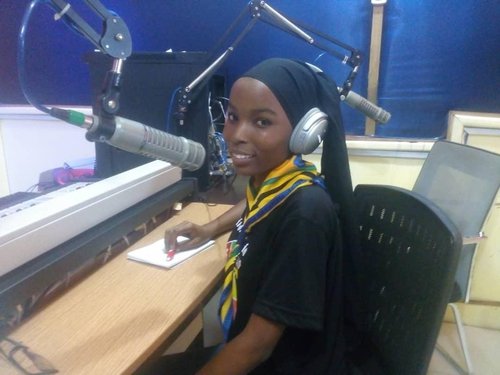 Valentine is a 20-year old Girl Guide from Tanga region. She joined the Tanzania Girl Guides Association when she was 11 years old.

After joining, she became more aware about the major challenges of being a young girl in Tanzania and also started developing her leadership mind-set.

This mind-set is what encouraged Valentine to get involved with Girl Powered Nutrition - a project funded by Nutrition International and implemented by WAGGGS.

“Girls don’t get enough nutritious food and don’t get a chance to speak up and realise their ideas. Too often they are forced to get married very early and are put in a household role, which stops them from realising their full potential,” Valentine said. “I was involved in several workshops to build the programme. “I learned how to work collaboratively in teams. I realised that even though we come from 6 different regions in Tanzania, we face very similar barriers.”

Valentine was transformed through her experiences in Girl Powered Nutrition especially in developing a campaign to prevent iron deficiency anaemia among girls in her country.

“I started going out to my community and campaigned about good nutrition. I even got invited to talk on a radio show. Girls called to ask questions and I answered them live on the radio. After the first one, other radio stations called and wanted to have similar programs. It showed that what I was doing is important and highly needed,” 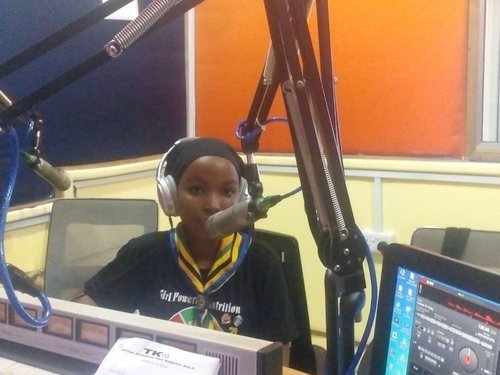 It didn’t take long for Valentine to be noticed by the local government.

As an outspoken activist for nutrition, she was invited to join the regional nutrition committee in Tanga in Tanzania.

“I am the youngest member of the committee. It’s a bit intimidating to be surrounded by professors, doctors and politicians, but I know I have unique and valuable contributions to make,”

One of the events that strengthened her as a leader in her community was the opportunity to attend Women Deliver 2019. Valentine had a chance to meet other leaders from around the world and speak about the challenges of adolescent girls in Tanzania.

Valentine is a true believer that leadership means walking the talk and leading by example.

“Through Girl Powered Nutrition, I have changed my own eating habits. I have also learned about leadership and caring for others,” Valentine said. “Now, I often travel to rural Tanzania to support people and educate on nutrition and hygiene.”

Through this work she identified the health system as one of the biggest challenges for adolescents. Due to long waiting times at hospitals and health centres, it’s almost impossible for girls to be tested for iron deficiency.

Using her position on the nutrition committee, Valentine advocated for greater investments in nutrition education and health check-ups. Through meetings with the regional nutrition officer, she managed to pass her proposal and as a resultseminars on good nutrition will now be run for groups of up to 500 adolescent girls. Furthermore, . there will be medical personnel at each seminar to take blood tests of willing participants to check for iron deficiency.

Her voice resonates with passion and energy when she talks about her future plans. Valentine wants to become a gynaecologist to keep helping adolescent girls and women.

“I call myself a leader. I lead by example and I’m not afraid to take initiative. It was thanks to my deep personal commitment that I was able to balance my school duties and being a champion for nutrition. I will keep fighting to eradicate malnutrition among girls in my country,”