In 1929, WAGGGS' World Committee met in Holland and decided that a World Centre should be built for all Girl Guides and Girl Scouts around the world to share...

After an exciting first few years, the Centre’s role changed with the start of the Second World War. During these years, the Chalet was closed to regular guests, however it played an important role in helping to reunite refugees who had arrived in Switzerland with lost friends and family through Guiding and Scouting connections around the world. From this a shared spirit was formed and Our Chalet continued to be a place of international understanding and co-operation during a time when the world needed it most.

Following the Victory in Europe Day and the re-opening of Our Chalet, guests began to return in numbers greater than ever before. The Juliette Low Seminars, international leadership development seminars that had been held annually at Our Chalet since its opening year, resumed in 1946 and were again held annually at the Chalet until 1968 when they began rotating around all four World Centers. 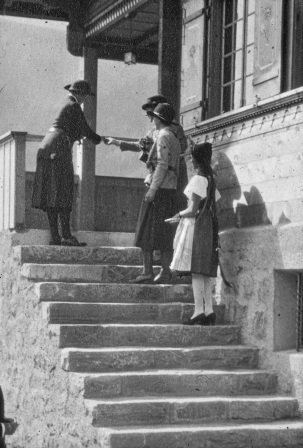 1968 was the start of another era of change at Our Chalet. The traditions of having ‘Friends of Our Chalet’ sessions, along with special weeks for Trefoil Guild members and their husbands were started, and by 1972, over 33,000 people had visited Our Chalet. The 1980’s also marked another significant landmark in Chalet history when it hosted the first Helen Storrow seminar in 1986, in memory of the founder. These seminars are still held today and focus on international education and awareness. 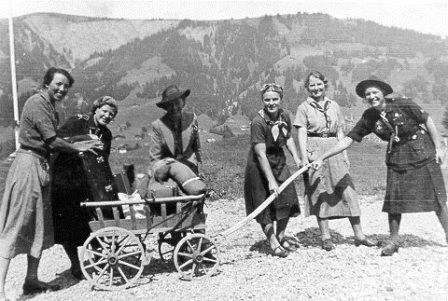 In 1990, the World Conference in Singapore gave permission for Our Chalet to build a new chalet-style house alongside the main house to provide extra guest accommodation, conference facilities and office space. The new building was officially opened in September 1999 and called ‘Spycher’, the name traditionally given in the Canton of Bern to a barn in which valuables are kept and equipment stored.

Our Chalet is constantly undergoing improvements and upgrades in its programmes and facilities. Every year there is something new and exciting for our guests to enjoy. Most recently Main Chalet has had insulation added to all the external walls and roof, the dining hall floor was refurbished, the shop was moved to Spycher building and the previous space transformed into an Eco Hut full of environmental games and hang out space.

Our Chalet is happy to welcome Guides, Scouts, families and friends for day visits, overnight stays or as participants for special events or seminars.

We look forward to welcoming you to your home in the Swiss Alps!

Read the complete story of Our Chalet!

The Our Chalet history book ‘Our Chalet: 75 years leading the way 1932 to 2007’ and ‘The 4 World Centres: The Story of Four World Centres’ book give a more detailed overview of the history of Our Chalet.