Explore the artefacts and history on display in Our World Lounge! 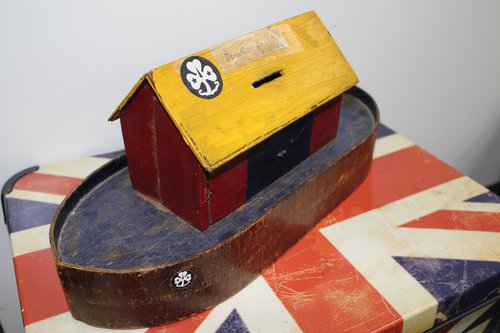 The donation box from Olave House. The design is a tribute to Our Ark.  The idea was that guests would donate their leftover pounds as they were leaving the country.  It was to be thrown away but Angela and Robert McNabb rescued it for their collection. It is now on permanent loan to Pax Lodge.

This is a copy of Lady Baden-Powell's birth certificate. The original is at Our Chalet. The World Centres have many artifacts from Guiding history and we try to share them among the Centres. 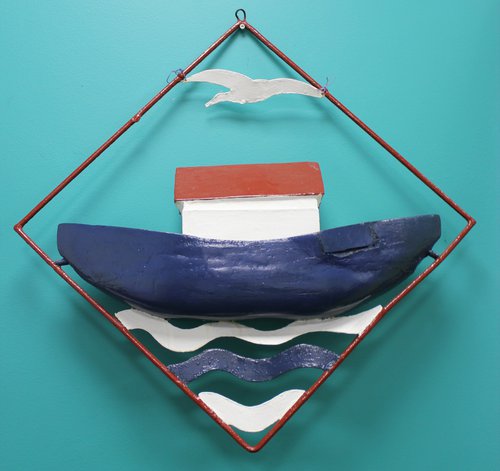 In the summer of 1960, Oxfordshire held a Golden Jubilee Camp at Ditchley Park. The camp divided into three sub-camps.

The Ark was chosen to be a gateway to one of the sub-camps.  Molly Axtel, who was the District Commissioner for East Oxford and Camp Adviser for the Division, made the Ark.

It was later presented to Olave House. It hung in the garden until the House closed in September 1988. It was taken down at the closing ceremony and given to Ellen Clarke (then Director of the World Bureau) for safe keeping.

Due to weather damage from twenty-eight years in the elements, the Ark was in a poor state of repair.

Two of Pax Lodge's House Assistants in 1992 (Kim Pearce of South Africa and Andrea Higgs of Canada) refurbished the Symbol. The Ark was hung in the porch at Pax Lodge with due ceremony on Friday 15 May 1992.

Because the weather was beginning to deteriorate it again, we brought the Ark inside in 2010. In 2011 Seung-Min Ryu (Korea) restored it and hung it in the Rose Room. The Ark has now found its way down to the OWL Room where it hangs today. ​ 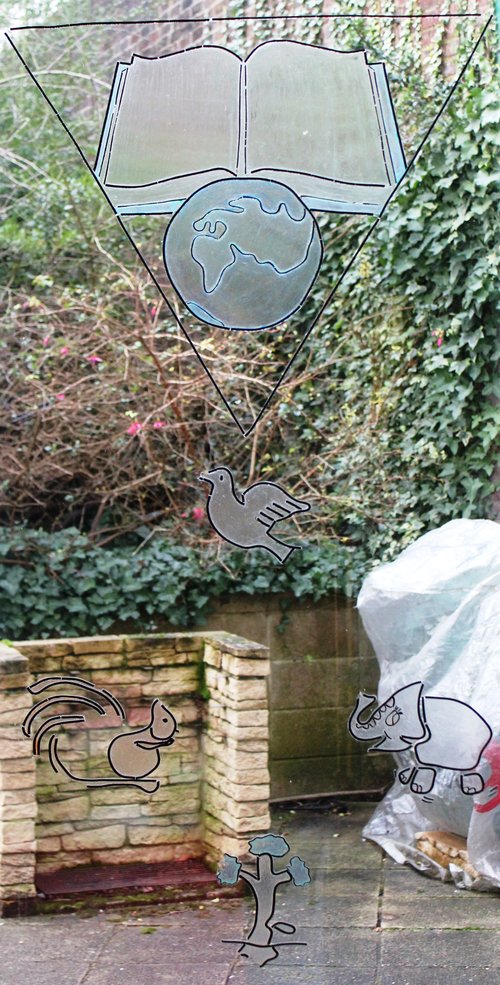 Painted by a volunteer, this window features the symbols of four of the five World Centres. Kusafiri is not included because the window predates it.

The dove is for Pax Lodge, the elephant for Sangam, the tree for Our Cabana, and the squirrel for Our Chalet. 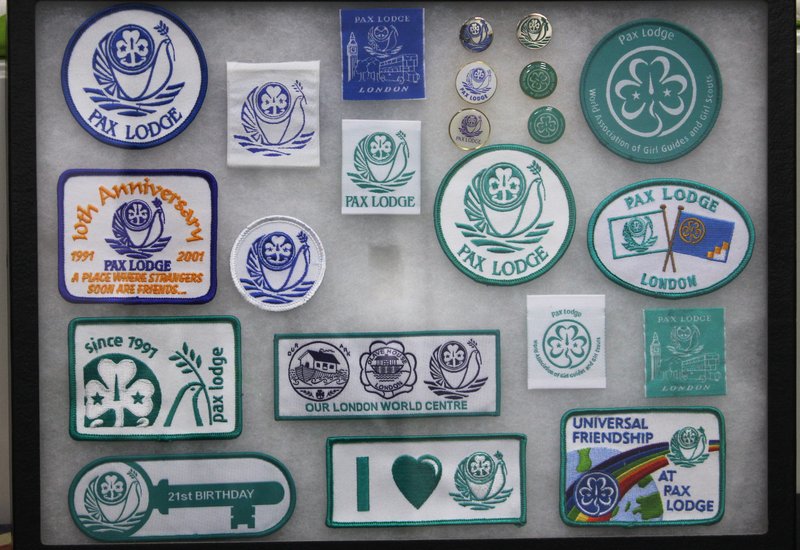 Pax Lodge Badges Through the Years

The blue patches and pins date from before the 15th anniversary in 2006 when everything was phased to green.

Joyce Buchanan, a district commissioner at Romford during the 1990s, worked with a group of Guides to produce a quilt which was presented to Pax Lodge for County Day 28th September 1991. 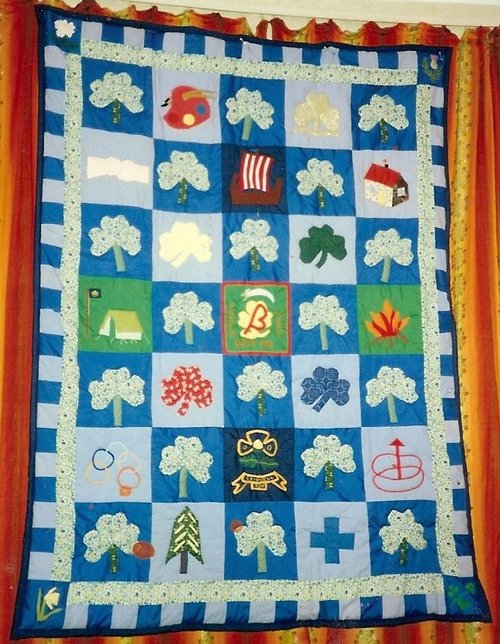 Joyce kept notes on all the quilts she made; here are her notes from this one:

Some squares prepared and all patches cut out for Beta camp.

Some help from Guiders. Rosemary Edwards helped me undo the Guides worst efforts. Patches machined together.

These were made from Guides blouses and summer dresses now discontinued uniform.

Given to Patricia Noble for Pax Lodge at County Day 28th Sept 1991. Note for Essex Newsletter." 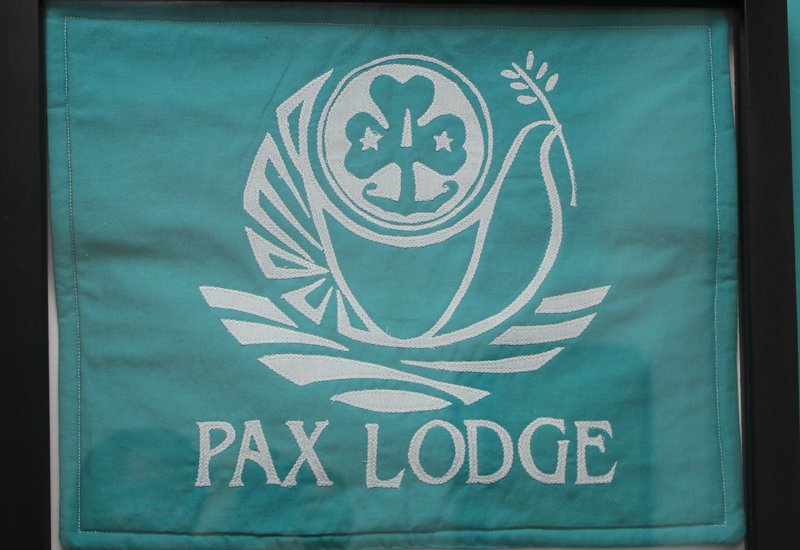 This banner was handmade by Louise Eldridge from Australia in the summer of 2012.