Learn more about Pax Lodge and the history of some of the artefacts we have on site!

While you explore the Virtual Museum, maybe you'd like to complete the Virtual Challenge, a new scavenger hunt to celebrate our 25th year! 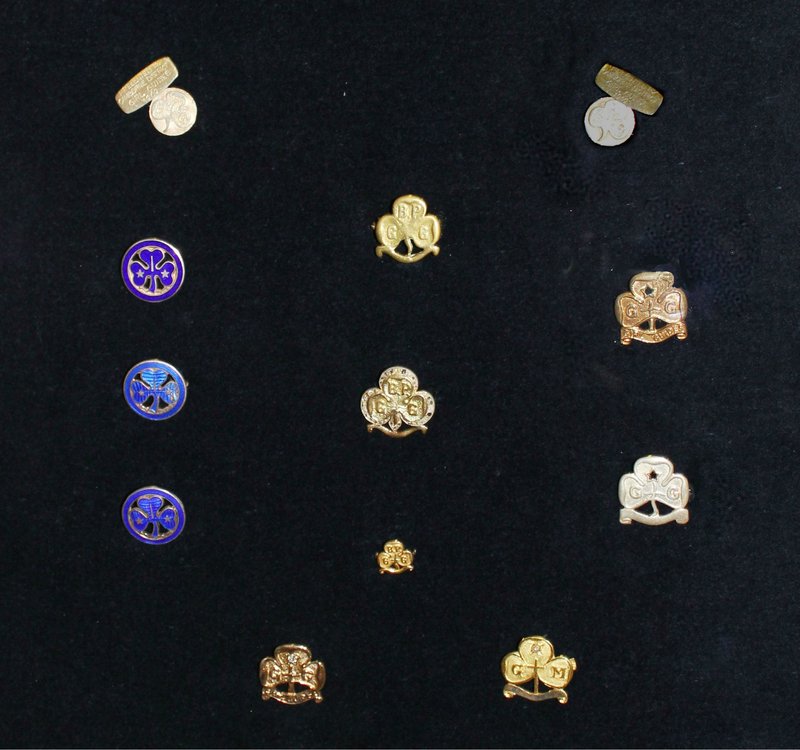 When Olave Baden-Powell died, her Guide badges were inherited by the present Lord Baden-Powell and lay untouched for more than 30 years, until he most generously donated them, to be sold in aid of the WAGGGS Global Girls Fund.

The present Lord Baden-Powell remembers that his grandmother wore a Guide badge always - wherever she went and whatever she was doing - 'even when she was gardening!'

Left - Hallmarked gold version of the Baden-Powell badge with a diamond as the star. Inscribed on the reverse: 'From Rita Bartlett to Lady Baden-Powell 1976' (Rita Bartlett was an Australian Guide trainer and author).

Centre - Miniature version of the Baden-Powell badge, solid gold. Made to order, probably a gift.

Right - Solid gold version of the Baden-Powell badge of the Guides of Mexico, with a diamond in the star. Possibly given to Lady Baden-Powell when she opened Our Cabana in 1957.

Centre - The Baden-Powell badge given to Olave when she was enrolled into the movement in 1916.

These are three versions of the World Badge, two hallmarked silver and and one simply marked 'silver'. These are the badges she wore most often when not in uniform.

Left - Copper version of the c. 1933 issue of the UK Promise Badge.

Centre - A 'dress' version of the Baden-Powell badge (c. 1916 - 1918) in solid gold and set with diamond chips. These brooch trefoils appear to have been popular among members of the Movement, who wore them when they changed for dinner, so that they could wear a Guide badge constantly! Probably a gift.

A Sketch of Olave Baden-Powell and Diana 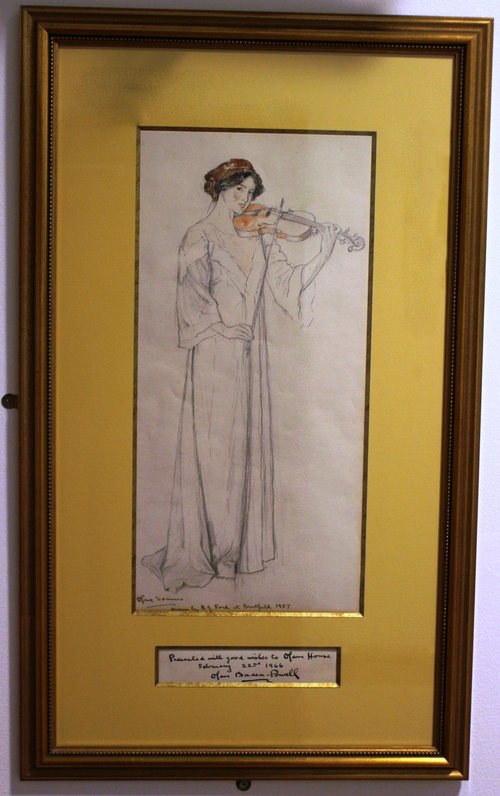 This sketch was given to Pax Lodge by the family and it was on display. Later they changed their mind so Patricia Noble, the first Chair of the Pax Lodge Committee, attached it to the wall so it couldn’t be removed!

This sketch was made at Bradfield Collompton, Devon in January 1907 at the time of the Chief Guide's 'Coming Out' Ball and painted by Henry Ford who illustrated the Fairy story books by Andrew Lang.

The violin in the picture is 'Diana', made by W. E. Hill of Bond Street and owned for about twenty years by the Chief Guide and later bought by Miss Mounsey-Heysham, her great friend, and presented by her to the Movement.

The violin is lent for a period to particularly musical Guides who appreciate the privilege of playing on a fine instrument. 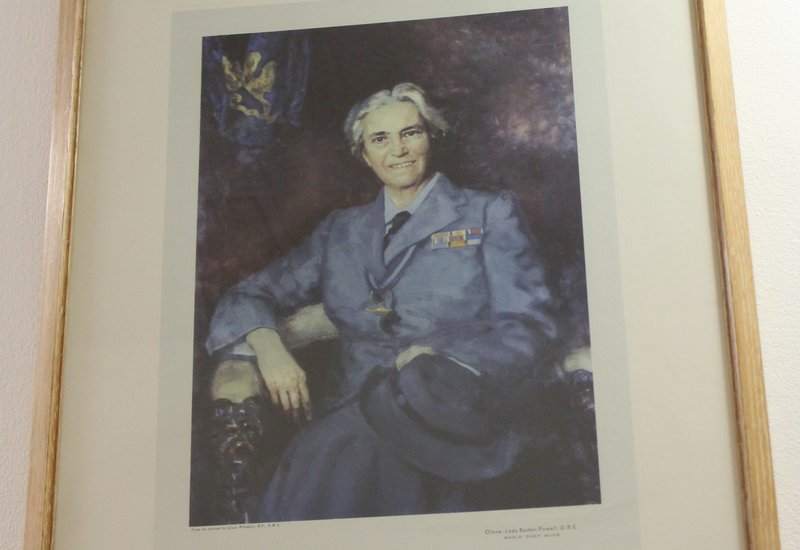 The portraits of Olave and Robert (below) Baden-Powell came to Pax Lodge after hanging in the London Centres that preceded it. 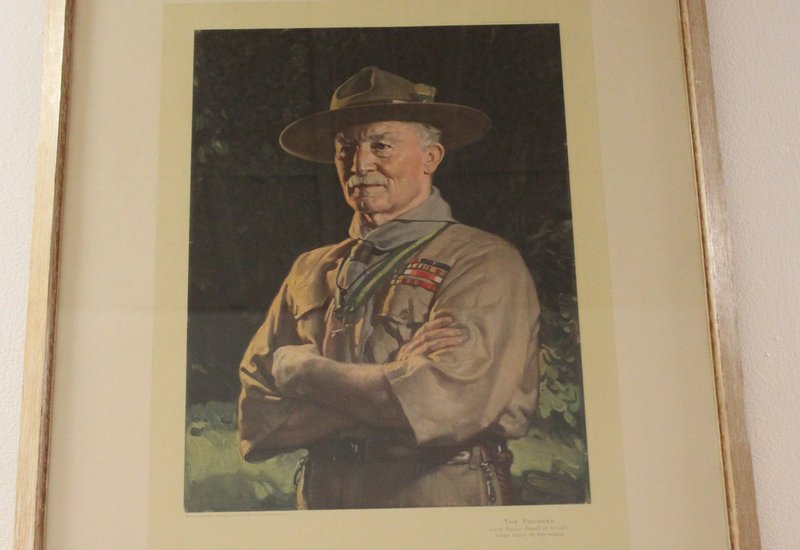 Painted by David Jagger in 1929, this was a gift from the Scouts of the world to their chief at the Coming of Age Jamboree. The original painting hangs in Baden-Powell House, London, UK.

A Painting of Pax Lodge 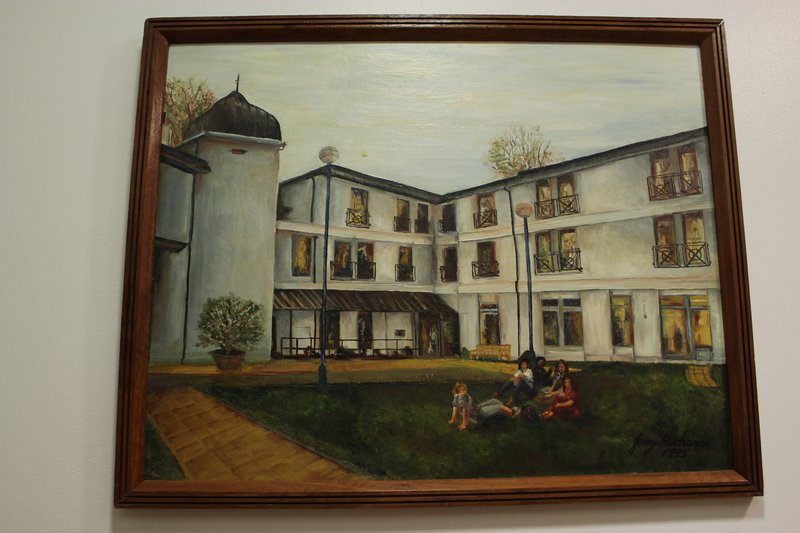 This artwork of Pax Lodge was painted in 1995 by Jenny Buchanan, a House Assistant in 1994.

Trefoils from Around the World 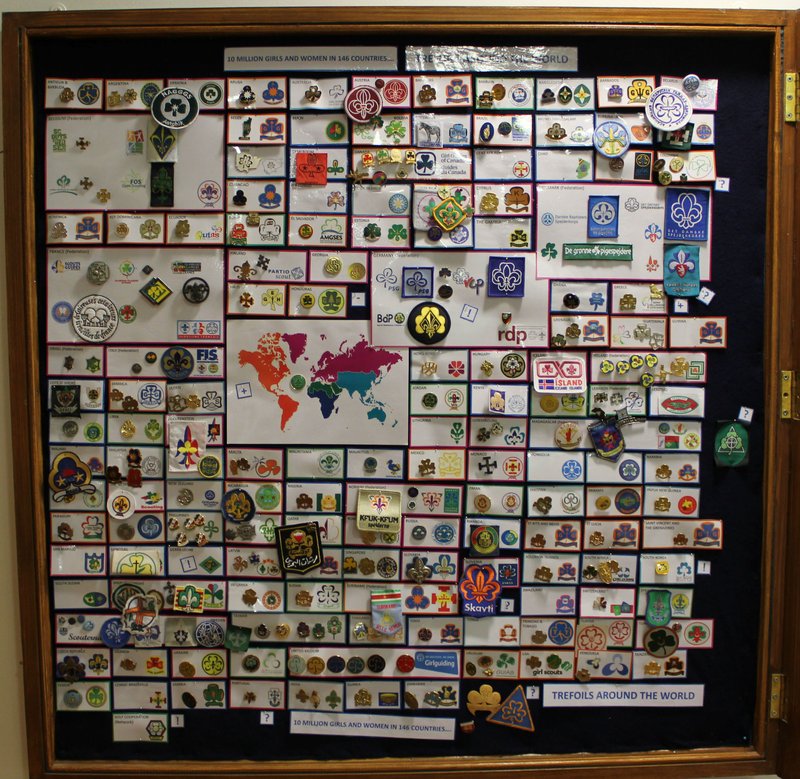 The Trefoil is the unifying symbol of WAGGGS with every part of the design having a meaning. Each country's trefoil has a slight variation that makes it unique.

The golden Trefoil on a bright blue background represents the sun shining over all the children of the world. The three leaves represent the three-fold Promise as originally laid-down by the Founder. The base of the stalk represents the flame of the love of humanity. The vein pointing upwards through the centre of the Trefoil is the compass needle pointing the way. The two stars represent the Promise and Law. 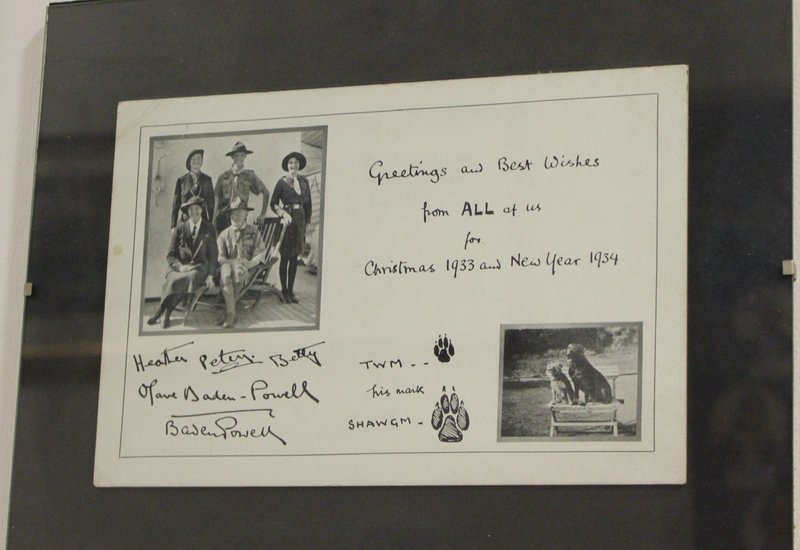 1933 Christmas Card from the Baden-Powells

The card is signed by Heather, Peter, Betty, Olave and Robert Baden-Powell and also by their two dogs TWM and Shawgm. 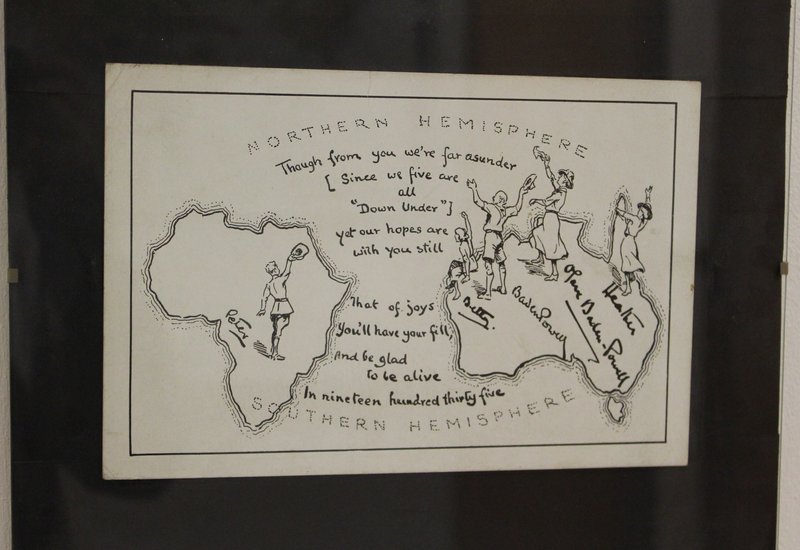 1935 Christmas Card from the Baden-Powells

This Christmas card features one of Robert Baden-Powell's own drawings. Pax Lodge has a number of his drawings in the collection—these are not originals, however.

The Rooms of Pax Lodge

Thank you to the following countries and regions for the sponsorship of our guest rooms and the conference room: